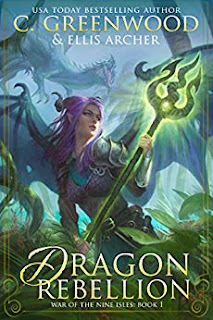 In a time of magic and legends, a shadow descends and a hero arises...
When I saw the strange dragon in the sky, I knew it was an ill omen. A sign of dark things to come. What I did not know was that the coming of Skybreaker would destroy my world. That a power-hungry king would rise up, my home island would be conquered, and the Nine Isles would turn against one another.
Suddenly, a rogue dragon and a fierce band of rebels are all that stand between my people and annihilation. But do I dare join the resistance? Or do I leave the Nine Isles and the dragonkind to their hopeless fate?