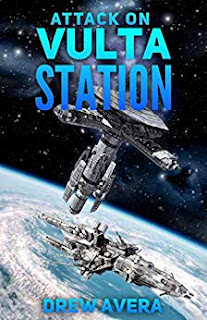 Joan Everett, captain of the USS Monolith, receives a distress call from the planet Corla’s primary defense, Vulta Station. Engaging her ship’s jump drive, they attempt to save the station from an attack by the Daliqians, an alien race humanity once defeated. As the Monolith retaliates, the ship takes severe damage, putting the crew at the brink of annihilation. Crippled to the point of no return, Captain Everett is forced into a decision that may jeopardize millions of lives.
She can only hope the price isn’t too steep if it stops the Daliqian invasion.