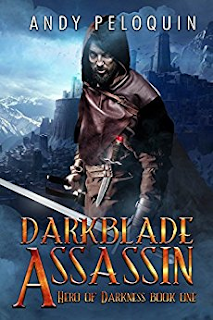 The best assassin in the world doesn’t come cheap. Betraying him will cost your soul.

The Hunter is a name feared by all in Voramis. He is an outcast, driven by a cursed dagger with an unquenchable thirst for blood and death.
Yet he follows one simple code: kill those who truly deserve to die. His creed is put to the test when, deceived by a shadowy employer, he unknowingly slaughters an innocent man.
With the most powerful criminal organization in the city after his head, the Hunter must fight for his life and find a way to atone for his mistake. When his enemies harm the people under his protection, it will take much more than an army of criminals to stand in the way of his revenge.