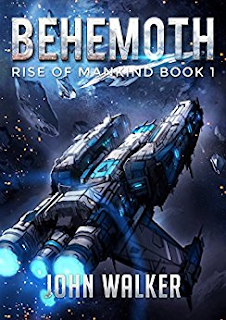 Three years ago, Earth was attacked by an invading force so devastating, only one ship in the fleet survived. Their hard won victory came from the aid of an alliance of aliens long at war with an aggressive force. With the aid of advanced technology, humanity retrofitted their surviving vessel. The Behemoth became a shield against any future incursions.
Now a strange ship has arrived, heading straight toward Earth. As it is not answering hails, the Behemoth heads out to intercept. The operation is interrupted by other visitors from beyond the solar system. Outnumbered the Behemoth must fend off the invaders once again but this time, the stakes are much higher.