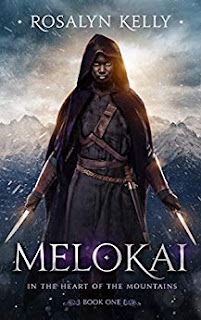 Legendary warrior Ramya has successfully ruled as Melokai for longer than most. Prosperous, peaceful, and happy, her people love her. Or so she thinks.
Ramya’s time is up. Bracing herself for the gruesome sentence imposed on all Melokais who have served their purpose, she hears instead a shocking prophecy.
Is the abrupt appearance of a mysterious, eastern cave creature the prophesied danger? Or is it something darker, more evil? And what of the wolves? Will the ferocious war with their kind oust her from power?
Suddenly Ramya must fight threats from all sides to save her mountain realm. But while her back is turned, a conspiracy within her inner circle is festering. Ramya and her female warriors must crush an epic rebellion before it can destroy her and devastate her beloved nation.
She thinks it’s the end, but it’s just the beginning...
Just 99 cents
at August 21, 2018