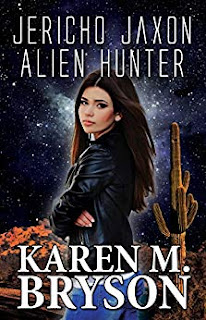 The hunter becomes the hunted.

When Jericho Jaxon is offered an internship with The Optimal Mind Institute doing mind expansion research, she doesn't realize they're producing psychic spies for the military.

And they want her to be one.

Jericho is teamed with Falcon, a super soldier who is bigger and stronger than the average warrior. He's supposed to be without empathy or the need for human connection. Their mission is to track and kill aliens who live among us.

But when the training ends, their psychic bond doesn't.

When Falcon discovers that Jericho is an alien hybrid, he knows she'll end upon the military's kill list if they find out, and the hunter will become the hunted.