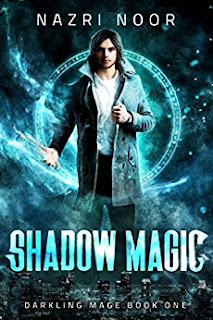 The gods are dying. But for one man, death is only the beginning.
Murdered as a ritual sacrifice, amateur thief and professional charmer Dustin Graves mysteriously survives, finding himself gifted with strange, dark magic. Then more dead bodies turn up. Some are human, but one is a god of the old world, slain at his own doorstep.
Mortal or divine, the bloodshed must end, and Dust is the mage for the job. But first he must contend with a succubus, a talking sword, a spider queen, a goddess of magic, and eldritch abominations from beyond the stars. No big deal... right?