You don't want to miss this fantasy book deal! 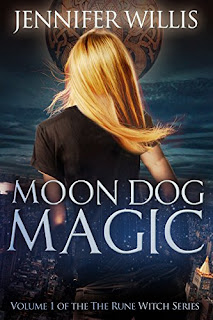 The fate of the world depends on an unwitting teenage witch and her overweight cat.
Sally Dahl thought she was casting rune spells for a healthier planet, but a grievous error in her magickal calculations has her calling up legendary Berserker warriors instead—sworn into her service, and with bottomless junk food cravings. Worse, her mistake rebounds and ages her at an alarming rate. So much for saving the Earth.
When she stumbles across a living Norse god in Portland who promises to help, she thinks she’s out of danger. But Sally doesn’t know that Thor, Freya, Odin, and other survivors of the Norse pantheon are nearby, struggling to eke out a living, and trying desperately to stop one of their own from bringing about the destruction of the Cosmos.
With her own life on the line, can Sally harness her power and find her way to a new generation of Vikings in time to prevent Ragnarok?