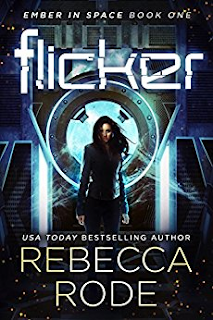 GETTING SOLD TO THE EMPIRE WAS NEVER PART OF THE PLAN.
Ember lives two very different lives. By day she's a mysterious Roma future-teller, and by night she struggles to care for her sick father. All she wants is the power to control her own life--no arranged marriage, no more poverty. Her future-reading talent is what will get her there.
But when the empire discovers her gift, Ember's life changes forever.
Ember soon finds her innocent talent is far more dangerous than she believed. The empire wants to turn her into a deadly weapon. But Ember has plans of her own, and they don't include living under the empire's control--because even the best weapons can backfire.
Buy this science fiction book right now!