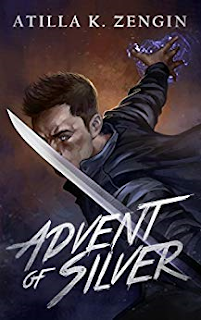 It is the year 2141 on Earth – a futuristic world where weaponry besides pre-modern are banished and all continents have collided by the magical embargo embedded into the world by the mysterious entity that appeared in the sky – halting the Third World War in an instant almost a century ago.
A man with silver eyes named Jericho has been confined in prison for murder - he lives in constant trauma ever since his mother cast aside her life in order to save his from his father. Jericho’s life took a dramatic turn when a man broke into his cell and claimed to be his brother – Dantanian – whose identity has been hidden from their tyrannical father. After their successful escape, Dantanian informs Jericho about their father’s true intentions - total world domination. They decide to work together and stop their father from lifting the limiting embargo from the world and unleashing weapons of mass destruction.
The journey that conspires will continue to surprise Jericho – carrying his cursed sword - as he begins to discover shocking new discoveries about the properties and true origins of magic, this new found world…and himself.