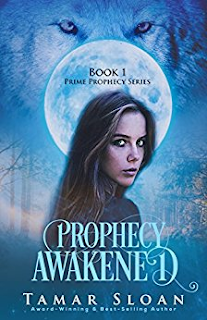 When Eden starts at a new school during her senior year, she has no idea how much her life is about to change. Until she meets Noah, who immediately draws her in with his summer sky eyes and the secrets he hides behind them.
Their connection is as inexplicable as it is undeniable. It's a connection that has Eden running and Noah burning to know more about this shy, wounded girl.
But it's also a connection that's destined to spark a prophecy that neither knew existed.
A prophecy others are willing to kill for.
As families fracture and struggle to realign, as their hearts connect and ignite, Eden learns to trust. But with love and life on the line, Eden must find the power to believe.